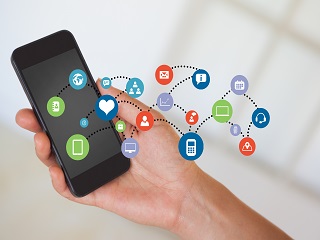 Not all mobile applications are made equal when it comes to smartphone applications. Native and hybrid apps differ in numerous ways.

Before we compare the differences, first let’s see how each one of these kinds of apps differs, then move on to the benefits and drawbacks of each. The goal of this post is to compare native and hybrid applications.

What are native applications?

They are mobile apps that are tailored to a specific operating system, such as Android or iOS. This is the first thing we think of whenever we consider apps. They can be installed on a device after being downloaded from Google Play or the iOS App Store.

Native apps differ from hybrid apps in that they have been designed for specific systems. Android apps, for example, are developed in Java, whereas the apps for iPhone are developed in Swift or Objective-C.

What are hybrid applications?

They combine the best features of native and web applications. They are accessible through a web browser and can be downloaded from application stores. They, like web apps, are developed using HTML5 and JavaScript.

They are mostly web pages rolled up in a smartphone app using WebView. They do, however, have access to a phone’s built-in functionalities. They are developed with cross-platform architectures such as Sencha, Ionic, React, and Xamarin.

Following are some of the most prominent benefits of using native apps:

· Native apps are faster and more dependable for the user.

· Native apps can function offline by utilizing the device’s notifications. This can be accomplished via push notifications and by alerting users whenever new content is released or if the user’s attention is needed.

Following are some of the most prominent benefits of using hybrid apps:

· Hybrid applications can run on a variety of platforms. Because they share the same code base, they can run on both Android and iOS. They can also run on web browsers.

· The upkeep and evolution of hybrid apps are straightforward.

· The development of a hybrid app is less expensive than that of a native app.

Following are the two biggest disadvantages of native apps:

· They are created for one framework and will not operate on another. For example, iOS apps won’t work on Android.

· A significant investment is required to create a native app that has cross-platform compatibility.

Following are the two biggest disadvantages of hybrid apps:

· They perform slower than native apps.

Both native and hybrid apps have their sets of advantages and disadvantages. Which type you choose depends entirely on your needs, budget, and scope of use. We at microgreen can help you choose the right app based on your need and budget. For more information, please write to us at info@microgreentech.co